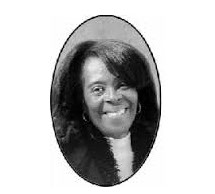 REGINA SMITH “BOBBY” JENKINS The first child born to the union of James L. and Marion Smith on August 31 in 1947 in Birmingham, Alabama. As a young child, her parents relocated to Detroit, MI. Regina was always a good child, hard working, obedient, loved school, and excelled academically. Regina graduated from Central High School in 1964, at the age of 16, at the top of her class and was awarded a full academic scholarship to Mercy College of Detroit. She continued to excel academically and graduated Magna Cum Laude in Nursing receiving her BSN in 1968. She also received a Masters of Science in Nursing and then went on to complete her Juris Doctorate from Wayne State University School of Law in 1978. Regina had a love for the Lord Jesus Christ throughout her entire life. She was always ministering, praying for individuals, and leading them to salvation. While in Atlanta, she met and married Elbert Jenkins and to that union was born her only child, Marion Delphine. As her health deteriorated she relocated back to Michigan, May 2012. On Friday, September 21, 2012 at 11:44 p.m. with her loved ones at her bedside, God in His infinite wisdom, called his daughter home.