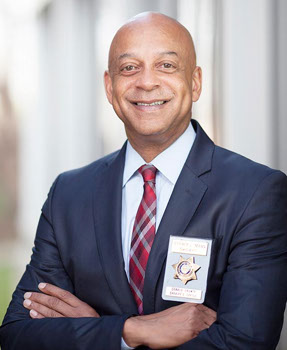 In 2001, Jeff Mann began his career with the DeKalb County Sheriff’s Office as Director of Labor Relations and Legal Affairs. He was eventually promoted to Chief Deputy under Sheriff Tom Brown. Mann’s role as Chief Deputy included overseeing the day-to-day operations of the Sheriff’s Office, including its four major divisions – Jail, Field, Court and Administrative. Jeff Mann was responsible for approximately 860 full-time employees and a yearly budget of over $78 million dollars.

In March 2014, Jeff Mann was appointed to fill the remaining term of Sheriff Tom Brown. In July 2014, he won a Special Run-off Election with 76% of the vote, and was duly elected the 49th Sheriff of DeKalb County. Today, Sheriff Mann is running to be elected to a full four-year term.

Sheriff Mann is a member of the State Bar of Georgia, DeKalb Bar Association, and Past President of the DeKalb Lawyers Association. Since serving as Sheriff of DeKalb County, Jeff Mann has been appointed to the Board of Directors for the following organizations: